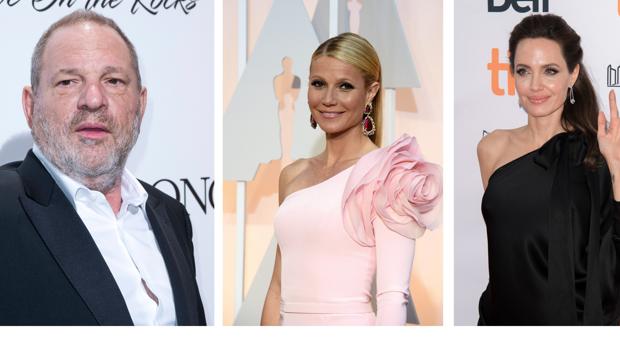 Cracks in the wall

The crack appeared more than 9 000 kilometres away. In Hollywood, dozens of women were forthright in speaking out against the harassment and abuse that they had suffered at the hands of a powerful producer: Harvey Weinstein. Young actresses and big stars raised their voices using the hashtag ‘MeToo’. Social media turned an American issue into a global one. Women of all  nationalities and all occupations and from all backgrounds rose in indignation to share and let go of their experiences. The crack spread and reached Brussels. Information emerged about sexual harassment in the European Parliament, the institution to which I was elected and in which I have carried out my duties since 2014. An issue of this nature coming to light can be painful and cause outrage – as it has in this case – but it is never a bad thing. What is bad and damaging is the wall of silence that protects the harassers. It is that wall which has been split, and the cracks are revealing an unacceptable situation which we must tackle.
Harassment is an act of violence by someone powerful against someone vulnerable. Powerful people need neither a gun nor a knife: their most powerful weapon is the fear that they instil. Victims fear that they will lose their job, that their careers will be left in tatters, that they will not be believed or even that they will be singled out for criticism: they are the ones at fault, for dressing as they do, for asking for it, for being an actress, for being a woman. ‘Who will people believe? You – a nobody – or me, someone who calls the shots?’ That was the question that Weinstein left hanging in the air, whether he actually asked it or not. That is the threat employed by harassers: they use their position of superiority to humiliate and discredit their victim. That is how they manage to put up the wall of silence which shields them from criticism and criminal punishment.
More than half of all women in the EU report that they have suffered sexual harassment at some point. That is already a staggering figure, but it goes up to three out of four among those in managerial positions. Revealing, isn’t it? When we take stock of the obstacles that women face in their professional career, we do not usually include harassment. That has been a mistake: how many women have given up their careers to avoid having to put up with a harasser’s bullying or attempts at humiliation? Or have been dismissed for refusing to give in? To what extent is the harasser’s ultimate aim specifically to subdue women in the professional sphere too, so that men do not have to compete with him? What does the figure on current anti-harassment policies in EU companies tell us? It is clear that those policies are failing, and that if we really want to achieve equality between men and women, we must put a stop to harassment by putting effective measures and regulations in place.
Of course, before we move on to companies, we have to start with the European institutions themselves. It is not acceptable that in the home of all EU citizens, in the chamber where they are represented, women have been sexually harassed and we are only just beginning to talk about it. I am lucky not to have been subjected to it, but many of my colleagues, our assistants and Parliament’s staff have been. It is difficult for us to change Europe without changing ourselves first.
The current laws and measures against sexual harassment have failed. That is the first thing that we must be conscious of. They will have to be changed to make them effective. In Brussels we have developed sophisticated and detailed regulations to tackle money laundering, infringement of privacy and many other crimes. How can we not create suitable mechanisms to consign sexual harassment to the rubbish tip of history? The purpose of every law, every regulation, is to stop the powerful abusing the vulnerable. We must overhaul the entire European policy against sexual harassment so that it is the criminals and not the victims who are afraid. So that the wall of silence falls once and for all.

Beatriz Becerra is Vice-Chair of the European Parliament’s Subcommittee on Human Rights and an MEP in the Alliance of Liberals and Democrats for Europe (ALDE).