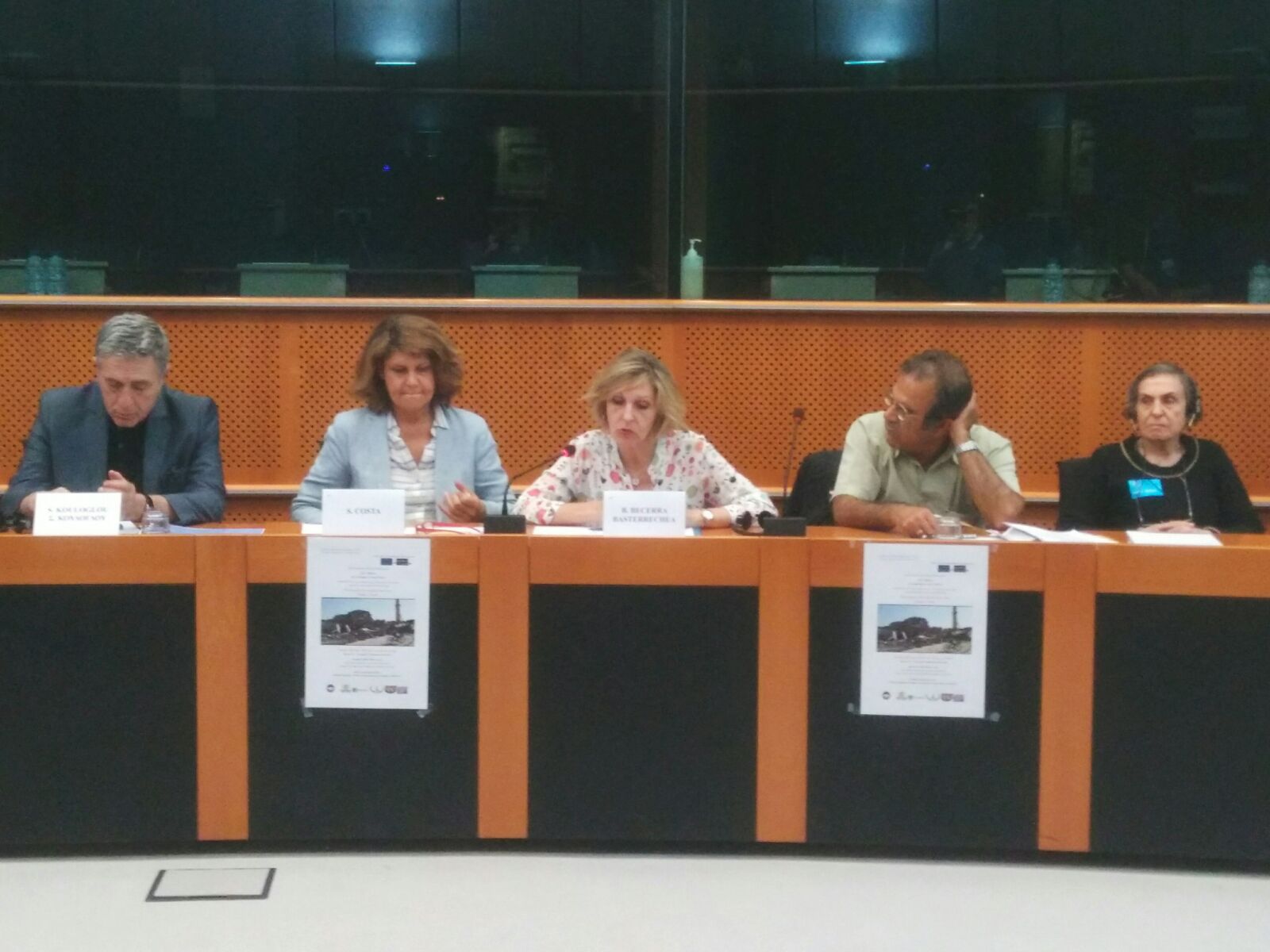 First of all let me thank you for letting me be part of this important conference. As my colleague Silvia has brilliantly reported Daesh has perpetrated countless atrocities along Iraq. We have to  remember time after time why are we find ourselves in this fight against terrorism: because extremism, terror and bigotry are incompatible with shared supreme values of democracy, freedom,  solidarity and the promotion and defense of human rights. It is not, and never was, a war against Islam. It is a war against murderers, fanatics and totalitarians. Wherever they are, wherever they come from and whatever they call themselves. With no excuses. As this point is referred to the crimes of genocide perpetrated by Daesh, I would like to raise up the case of Nadia Murad and the Yazidi Genocide. Murad was 19 when Daesh enacted one of its deadliest massacres in her village Kocho, near Mount Sinjar. She watched as the men in her family were rounded up for execution and the boys taken away to IS training camps. She was brutalised, raped and held captive by soldiers, who sold her further down the ranks the longer she remained in their nightmarish world. But Nadia is not the only case, she is one of an estimated 2,500 Yazidi women and children who managed to escape. A total of 6,000 men, women and children is the latest estimate of the number taken hostage by Daesh. An astonishing exercise in mass-kidnap.

Nevertheless, since first going public in December 2015, Murad has become a spokesperson for women afflicted by campaign of sexual violence, and an advocate for recognition of the Yazidi genocide. Yes genocide. Because since the beginning of this crisis, Daesh has murdered more than 3,000 Yazidi men and sold thousands of Yazidi women into sexual slavery. Daesh has also committed crimes of rape and sexual violence against thousands of Yazidi women and children in captivity. Nadia Murad couldn´t explained better in her speech given to the UN Security Council about the genocidal attack against the Yazidi people, and their sexual enslavement of women:

“(…) The Islamic State did not just come to kill us, women and girls, but to take us as war booty and merchandise to be sold in markets for a bit of money, or even for free. Those crimes were not
committed without design, they were part of a premeditated policy. The Islamic State came with the sole aim of destroying the Yazidi identity through force, rape, recruitment of children and destruction of all of our temples, which they took control of. All of this can be interpreted only as an act of genocide against our identity, in particular against Yazidi women. Rape was used to destroy women and girls and to ensure that they could never again lead a normal life. (…)”

Terrifying words that help us to size the problem we face. I´ve raised the case of Nadia Murad because there is a tendency to think about women as more passive and inactive in extremism rather than just as active as their male counterparts. But there is a reason which an enormous conceptual effect to consider the value of women in the fight against terrorism and radicalisation: “if there is no women there is no fighter”. With no women by their side and at their service, there is not Yihad warrior status.

In this matter I would like to talk you about a Pilot project I am currently developing: “The role of women against radicalisation”. The importance of the role of Women, especially Muslims, in the fight against violent radicalisations is increasing day by day. As the main primary source of values and ideas in their community. As the increasing and active role within their communities, and because women have adopted an important role in recruiting and inspiring the jihadist project. Therefore it´s essential to boost their role and leadership within their communities in order to prevent radicalisation because they are and they must be, the agents of change. The involvement of women as policy shapers, educators, community members and activists is essential to address the conditions conducive to terrorism and effectively prevent terrorism. Women can provide crucial feedback on the current counter- terrorism efforts of the international community and can point out when preventive policies and practices are having counterproductive impacts on their communities.

I was very happy to get to know “Key people” project, because from an institutional point of view, it doesn´t exist a more determinant and effective role than local that the one perform by local
authorities. Because they are the ones who develop and shape the projects on the field. Municipalities have the capacity to involve different groups that make up civil society. I would like to thank again to my colleague Silvia Costa for inviting to take part in this interesting and essential conference.

We are all in the same boat, and we have to row in the same direction. Every program on social inclusion or in preventing radicalisation is essential to face the problem we have ahead, and it´s
absolutely crucial to count withe the majority of the population, women.

Thank you very much.